A huge thank you goes out to http://www.starbuildings.com/ for their recent blog post on the insight on our project below. Below is a time-lapse video to show the building being built from the ground up.

The Story Behind the Walls

When one of the largest polymer engineering companies in the world calls and needs a new plant built, you make it happen. When they need it finished in about six months, you find a way to make that happen, too.

And when they want to shoot a really cool time-lapse video of you making it happen, well, consider it your lucky day.

Renee Sargent, president of Sargent Construction and a second-generation Star builder, got just such a call from Trelleborg – a Fortune 500 company based in Sweden and the world’s third largest producer of non-tire rubber products. Trelleborg manufactures thousands of products that fall within the company motto of “Seal, Damp, Protect”: polymer-coated fabrics, hose systems, tires and wheels for industrial vehicles, even the inflatable slides used to evacuate airplanes.

The company has manufacturing plants and production facilities all over the world, one of which happens to be located in Bonne Terre, MO., about 35 miles from Sargent’s Fredericktown headquarters.

The new building is actually an add-on to an existing structure – a need that arose when the company’s growth led to a severe shortage of storage and production space at the Bonne Terre facility. Rob Brockway, one of Trelleborg’s directors of operations in the U.S., was charged with gathering information between outsourcing warehousing services and adding on. When it became obvious that the latter was the favorable choice, Rob contacted Renee, and plans were soon underway for the 17,800 sq. ft. metal building.

Because the original facility was also a Star building, Sargent’s team was able to match the colors and blend the two buildings together seamlessly.

The entire construction process was captured on two different cameras mounted onsite when the project began, and the final production, which you can view in its entirety below,  consists of cuts between the two cameras, mixed with aerial footage captured by drone. All shooting and editing was done by Andy Chronister of Andrew Chronister Video Productions in Cape Girardeau, MO. 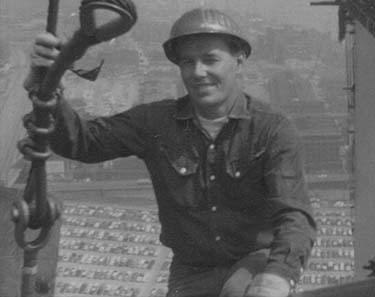